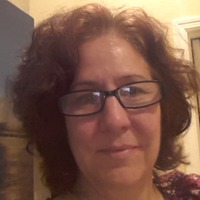 What does it “mean” to have a disorder like ET? It’s not a disease. As you and I know it’s probably more like an umbrella term covering a family of different problems all united by one primary symptom – tremor. How do we gain more knowledge about ET and our own conditions? Having a visible tremor is a “sign” to others that there is something wrong with our brains. What this means to others has a direct bearing on what it means to us. And it’s not easy to communicate what it’s like to have ET to others, including health professionals. So how do we know what is important to communicate?

New research comes out, and it’s hard not to personalize it and assume that whatever it says applies to me or to be upset that it clearly doesn’t apply to me! There are many studies of people with ET that show an inflated rate of this or that among people with ET. As an epidemiologist, let me tell you the main problem I have with some of these studies: many of these studies don’t bother to provide or consider the base rate—this is the rate of a particular disorder in the general population, and it helps one understand whether a finding means anything in particular.

Let’s take depression for instance. A study tells you that X% of those with ET also have depression. Gosh, you might say, this may mean my ET makes it more likely that I’ll be depressed. (Well if you kept missing your mouth when you tried to eat peas or apply lipstick, you might also have some general distress towards your functioning – but hey, that’s distress, not depression, which is a clinical diagnosis with many symptoms over at least a two-week time span). What the researchers often don’t tell you is whether this rate is more or less than in the population at large. In fact, depression is a prevalent problem in the general population! Here’s where I have to get a little specific. Again, depression requires a group of symptoms that occurred for at least a two-week period. So if we are asking people about the last two weeks, all we can find is if they are currently in a two-week period of depression. If they started coming out of it a week ago, we won’t accurately measure the fact that in the last 30 days they have been depressed. If we measure the last 30 days only, we won’t know if they had a depressive episode last month that may have resolved enough – not completely, but enough – for them not to reach diagnostic criteria. Finally, if we measure lifetime, we might find out if they have EVER had depression. This ever category is always the biggest. It counts the prevalence of past-30-day (commonly called current) depression and it counts any lifetime episode. Measured this way, one in five people in the U.S. has ever been depressed. So if a study measures the association of depression, lifetime, with ANYTHING, it is very likely to be positive, to look elevated, if you don’t account for the base rate of the disorder in the population. I’m only using depression as an example. The bottom line is that we have to remember when we read the literature that just because someone finds that something is associated with ET doesn’t necessarily mean much. It doesn’t mean with our type of ET we are at higher risk for another disorder or disease.

So what do we need to be communicating to health professionals and, in turn, to researchers? What don’t they know that prevents them from being able to help us with? What about that my hand tremor is only a small part of what my ET is and how it affects me. Lately when I’m laying down to sleep, my neck and head tremor bother me and keep me from falling asleep. I try to get in a position that will lessen it, but I find it difficult to do. I’m still taking less propranolol than I could; maybe it would go away if I took more, or really cut out caffeine from my diet. I also realize that for years I’ve been clenching my jaws to cut down on jaw tremor. Not good for the enamel on my teeth or for my joint! Here’s another weird one – maybe you can relate, maybe not. When someone picks a table that will cause people to sit really close together, or in theaters or other places where the chairs are really small, and some of the people just have to spread their legs and take up lots of space, I’ll be really uncomfortable. Why? Because I’ll be almost forced to activate my muscles to hold my legs closely together, and that will lead to tremor, and then I’ll be really uncomfortable; and honestly it’s hard for me to even communicate what I’m talking about to people who don’t have a tremor. Actually I think the list of what I don’t share about my ET is huge. I didn’t realize it until I started writing this! And that’s just about different tremors, probably not the most important thing about ET to me.

That is the feeling I get when I forget to take my medicine. I feel off balance, like something inside knows something isn’t quite right. And I don’t really see that reflected in the literature. What is in the literature may not at all reflect my ET. It might not reflect yours. That puts an additional burden on each of us to communicate how ET affects us for our own sake, and to build the knowledge base about how ET affects people. I’m hoping we’ll make progress in understanding and treating what we now call ET. It’s going to take new research – but it’s also going to take persons with ET speaking up about what matters most.

——-
Dr. Catherine Striley is a professor of epidemiology at the University of Florida, Gainesville and has had ET since her early childhood. She therefore has the condition while being a member of the medical community.