Leading up to and during a very severe influenza illness, I noticed that my tremor was triggered more often and with greater intensity.  While I have been fortunate that my tremor has not been as severe as many others, this was not the case during my illness.  Simple tasks, such as eating, holding a cup, and writing were even more difficult.  Also, before the flu symptoms appeared, tremor triggers became more noticeable but without an apparent cause.  Tremors continued to increase as the illness progressed.  For two days my sense of balance would occasionally be disrupted, though this could have been due an unnoticed inner ear issue.

In the two months since the flu, my tremor has decreased but not to their previous levels.

Pets and Their Tremor

Some cats we have owned over the years (generally, those with small statures) have shown a body tremor when full stretching while standing.  Age was not a factor. However, this has also appeared lately in our son’s elderly dog when he stretches.

Jonathan, from Maryland, has essential tremor and experienced a lessening of his tremor recently after experiencing treatment for an infection, high fever and sepsis. He shares his story with Peter and us. What can we learn from this?
jonltrpdf 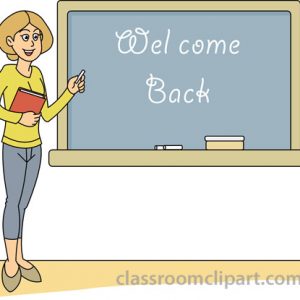 “Mrs. Slaughter, why does your head shake?”  You have to just love the power of observation that children have, especially middle schoolers. With this seven word question my journey with essential tremor became a topic that I really wanted to just keep private. This was 12 plus years ago.  The first neurologist I went to actually knew something about ET. Reassured by the doctor that it wasn’t Parkinson’s disease and with my Primidone prescription in hand my journey began. With that blunt question from a student I knew I could no longer keep my “problem” a secret.  So this was the beginning of the wonderful first days of school explaining in each class why they would see my head shake. Not something I wanted to deal with but again children are very curious and won’t stop the questions unless they get a satisfactory answer. So for the next few years medication controlled the tremors to some degree but they were always present and needed at times to be explained, even to the parents.   Parents quite understandably want the best for their child but in many ways, deep down; I felt this was an invasion of my personal life but what can you do when it is so visible.  A couple of years ago when the Primidone no longer was helping and the stress level from teaching was causing the tremors to magnify, I retired.   I now have a new neurologist, a more accurate diagnosis of dystonia, no longer take Primidone and am seeking a different method to control the tremors.  I would love to end this with I was cured but if you have ET you know that is not the end of this story.  So I will continue to become better educated about this inconvenience and laugh at myself sometimes so I can remind myself that I am strong enough to keep doing all the things I want to do for as long as I can. 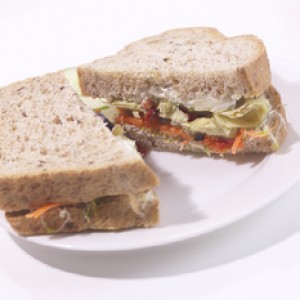 My shaky hands make it increasingly tough for me to prepare my own meals, and I was startled when a friend suggested an obvious source of help – Meals-on-Wheels. They now deliver two meals at about 11am every day except weekends, and I pay them monthly what amounts to about $4 per day. What do I get? An entree with two vegetables wrapped in a tray and aluminum foil that I transfer to a dinner plate and microwave, and a nice sandwich saran wrapped to preserve its freshness. Add to that a container of skim milk, a roll and butter, a dessert, fruit, and sometimes a mixed salad and dressing. The wonderful friendly people who deliver are also a daily check on the well-being of my aging self. How did I get started? I went on-line and was referred to the local chapter. When I told the pleasant receptionist about how my shakes often caused much of my meals to end up on the floor (you know about that) and that I take a blood thinner that makes using knives a potentially bloody experience, she was happy to sign me up for Meals-on-Wheels, and my deliveries started the next day. It’s been a great help and I am most grateful to them.

This morning, I had to fill out a form for a rebate.  I had just taken a walk.  Sometimes I find that my ET is worse after exercise, especially in my hands.   I like to rest a little before I start with tasks.  I began filling in the letters in the little squares on the form.  It was challenging for me today.  I couldn’t read some of the letters I had written myself.  My intuition told me to go down to the lobby of my apartment building to ask the receptionist to help me.

“Can you do me a favor?” I asked.  “You know I will,” she answered with a smile.  I asked her if she had some white out so I could correct some letters on the page I was filling out.  She handed it to me and I started to shake.  “Do you want me to do it for you?” she asked.  “Sure,” I gratefully answered.  I explained to her that I have Essential Tremor, a condition I have had since I was a child.  I asked her if she remembered Katharine Hepburn whose head and voice shook.  Just like Michael J. Fox is to Parkinson’s, I’ve found it helps to bring up a celebrity when explaining what ET is.

It took me a long time to get over the embarrassment of having ET.  It seemed like the more I discussed it with others, the better I began to feel.  The underlying shame began to dissipate.  As a support group leader, I have found that I really do teach what I need to reinforce in myself.  One lady in my Florida group said to me that before she came to the group she never told anyone about her ET.  She happily explained that now she tells everyone and feels so free to be herself.  The same lady said she realizes that she is increasing awareness of ET with everyone she opens up to.

I remember one time I was getting a rental car after a long flight.  I asked for help in filling out the form because I was tired and my hands were shaking.  After explaining to the man that I had ET, he actually decided to upgrade my car.  “I think my favorite aunt had what you have.  She was so nice but we just thought shaking was part of her.”  I told him about a cousin I have who kept it a secret for years until I began talking about it.  She too kept her physical and emotional pain to herself until she cried and said, “It isn’t my fault, is it?”  I said no and gave her a hug.

As a counselor, I studied the book of diagnoses, the DSM, when getting my Master’s.  As I was learning about different conditions, I noticed that tremor was mentioned in the book.  Along with a short description, it said that people with tremor can suffer from “Social Phobia”.  I could certainly relate to the feeling of wanting to hide from people because of my tremor.  I have talked to some people who actually stay home instead of attending social events because of their tremor.

I felt so much closer to my friend in the office when I shared my secret today.  She shared her secret about how she had lost a lot of weight, but still sees herself as fat.  I reassured her that it takes time to really feel the change inside.  I used to feel different than others and could relate to a sense of isolation with my condition, ET. After developing healthy habits, it took revealing my story and trusting others to become more human.